Information
MBR membrane bioreactor, as a new and efficient biological treatment technology and green technology, has been widely used in the field of water treatment. After nearly two decades of development, MBR technology has gradually become the most competitive choice in urban sewage and industrial wastewater treatment with the continuous improvement of discharge standards. MBR technology is also gradually recognized by everyone, because the market MBR film products mixed, some workshop type film manufacturers do not improve the quality of products do not say, but to improve the "trick", the most typical example is not wash the MBR film, but in the MBR film is advocating their own is free of reverse wash.
Those who claim that anti - washing film manufacturers, can recognize the importance of anti - washing? Can't the film quality be bad backwash and avoid backwash the same?
The following small series of MBR screen film and MBR flat film on the market for respectively: hollow fiber MBR screen film, first of all must recognize not back to wash or can not back to wash, if not back to wash, to boast that it is free from back to wash, sad! Sad!!! Because the most real reason is that some manufacturers of MBR curtain film quality is poor, the strength is very low, can not wash back, back when the film will be broken. As a matter of fact, being able to backwash itself is a big advantage of hollow fiber VS flat membrane. Now some manufacturers do not do well in membrane, but they all throw away this advantage and boast that they are anti-backwash MBR membrane, isn't it very sad?
MBR flat film, do not backwash, this is also to avoid backwash? Not too! Not too! The most real reason is that the structure of MBR film determines that it cannot be backwashed, and backwashed is easy to break. The process is as follows: when the film was originally pumped, it was attached to the ABS lining board; when it was backwashed, the backwashed water entered the plate film, just like blowing a balloon, and the welded part on the edge was easy to break. So must add medicine to clean, and generally in order to prevent the rupture of the film, the design of liquid medicine gravity gravity gravity gravity flow more.

Scan the QR code to read on your phone 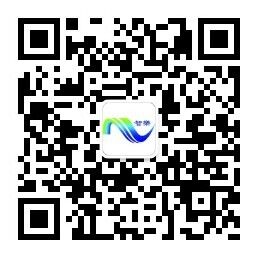